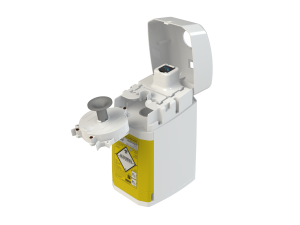 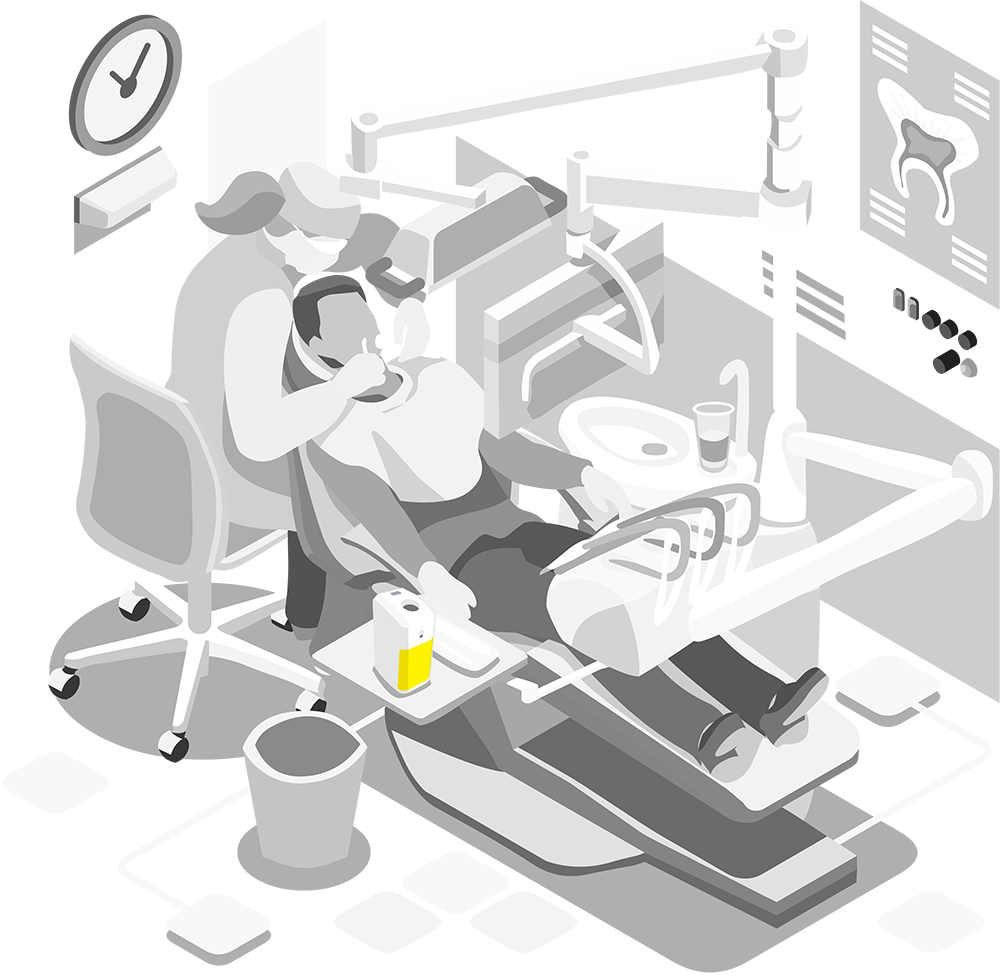 Since a couple of years, the replacing of the cap on a syringe needle (so-called “re-capping”) is been prohibited. This has been done to limit the chance of a needlestick accident. Anyone that has their skin penetrated by a needle that has been used in a procedure, must go through an extensive protocol before work may be resumed. This may cost several weeks during which someone is not able to work. This legislation means that the removal of dental needles from syringes by hand is not possible anymore. To be able to still remove those needles, Sharpﬁ eld BV assigned BPO to develop the NeedleOff. BPO executed the complete development of this product, from idea sketches, engineering, 3D printed prototypes with integrated electronics up to the support of the start of the production. 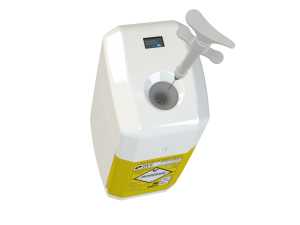 The portable and intuitive NeedleOff works with any dental syringe with screw thread. The design makes it possible to safely remove the needle using only one hand. The needle is put into the NeedleOff after the last injection by the practitioner. NeedleOff clamps the needle and automatically screws it off the syringe. After taking the syringe out, the needle is released and falls into the integrated Sharptainer. This sharptainer has a capacity of 400 needles and because of its smart design it is automatically closed upon removal from the NeedleOff. Later, the Sharptainer can be sealed permanently for further safe disposal.

Commissioned by Sharpﬁ eld BV, BPO has done the complete development of NeedleOff. Competing products that were already on the market all had very important disadvantages: they either did not work reliably or were only compatible with a limited number of types of needles. For NeedleOff it was very important that all dental needles with screw threads could be removed and then stored safely and reliably. At the beginning of the project, BPO placed the emphasis of the development on ideas for the gripping, clamping and unscrewing of the needles. The patented unscrewing mechanism was therefore developed, that is mounted in the gripper-cassette. This part is interchangeable, making it possible to use a clean and uncontaminated gripper-cassette for each treatment during the day.

Because BPO emphasized the designing of a reliable unscrewing mechanism, its performance has been veriﬁed by making fully working 3D printed prototypes and testing them in dental practices. Next the complete apparatus was fully engineered by BPO, including the heading of the development of the electronics and software. By using RFID tags in the Sharptainers it is impossible to overﬁll the containers with too many needles. The safe contents have been maximized to 400 needles, then a new Sharptainer must be placed to reactivate the NeedleOff.

BPO has made multiple series of 10 fully functional prototypes during development, so that these could be tested in dental practices. Using these fully functional apparatuses, it was possible to judge the reliable functioning and the user interaction in an early stage and to improve the design accordingly. More than 25 original designed parts have been engineered by BPO to ready for manufacturing stage. Finally, BPO has been involved with the ﬁnal review and approval of the components as well as the ﬁ nal assembled product. After successfully going through the last stages, NeedleOff is now ready for market introduction!

NeedleOff can be ordered from now on. For more information see: www.needleoff.com